5 Things My Breakup Taught Me About Myself

Today’s post comes from an amazing woman I had the privilege of meeting in the Fall of 2007 in Colorado during Focus on the Family’s BRIO Girl contest. Ashley Mays is an incredible author and friend, and I’ve loved the privilege of watching her continue to become who God made her to be. So, grab a cup of coffee and let’s dive into some incredible truths we can learn in the midst of a breakup…

In spite of what I believed when I was fourteen, not all romantic relationships lead to marriage. Some people really aren’t meant to be together long-term. I seriously dated two other guys before I met my husband. I’ve done my time with whole pints of Ben & Jerry’s and entire boxes of Kleenex and “I Dream of Jeannie” marathons. (Don’t judge…my breakups were pre-Netflix and it was the only thing on TV.) But now that the tears over those relationships are long gone and I usually only eat Ben & Jerry’s if I’m hungry, I realize I learned a few things about myself.

I don’t have to have the answers. Even our own feelings can seem mysterious. Other peoples’ feelings? Well, sometimes those are like trying to interpret one of those CAPTCHA things when all we want to do is buy a concert ticket. So when breakups happen and we’re on the receiving end of the generic “It’s not you, it’s me” explanation, we can get stuck in the crazy what-ifs. What if I’m not attractive enough? What if he thinks my laugh is annoying? What if I didn’t get him a good enough birthday gift? What if his mom hated me?

But after a relationship has ended, we don’t need to keep going back to the ex-in-question for more and more answers until we get the one we think matters most or makes the most sense. It is what it is. And if there are no answers that make sense, set it aside and move on. And you know what? If I could move on without any answers whatsoever, so can you.

Sometimes it is about me. Sometimes it isn’t. I’m not the perfect woman, so logically, there are some things I did in my past relationships that contributed to my breakups. After my relationships ended, I often thought about whether or not I should have carried myself differently, had different standards, or made different choices. If the things I did or my own personal filters and wounds did hurt the relationship, it was my job to identify and address those things before I moved on.

Hurt feelings can take a long time to heal. Even if we’re confident the relationship needed to end or if we’re sure it really was him instead of us, breakups hurt. And often times the hurt lasts a bit longer than we’d expected. I know after my relationships ended, even if things ended well and we’d tied up our loose ends, my heart still ached for the friendship and shared memories. And it can be even worse if the end was totally unexpected or mishandled. It’s so important to give ourselves grace after a relationship ends, especially if it’s one we thought would last forever. There is no timeline for healing, as I discovered after my more serious relationships ended.

Getting over it isn’t a straight line…it’s more like a weird, sadistic roller coaster. Along the same lines as our timelines for healing, we don’t often move on after a gently sloping path toward getting over it, which is how I was sure it would work for me. Though time helps, very rarely does the hurt fade gradually and disappear into the sunset. Grieving anything, even past relationships, tends to be more like a crazy roller coaster. Some parts of the track are flat and easy, some are loopy and nauseating, and some make our hearts drop to our stomachs. For a long time tears and sadness may be a part of the picture, but that doesn’t mean they have to be omni-present in our journeys toward moving on. Happiness can also show up, and when it does we can embrace it knowing there are other times for grief.

I am stronger than I thought I was. Hard things happen to every single one of us. Nobody is immune to pain or hurt or devastation. But somehow I was convinced those things would end me. I was sure I wasn’t strong enough to walk the road of hurt and hardship, even though I knew Jesus would be constant through it all. I trusted Him to help me…but I wasn’t sure I trusted myself to come out better on the other side of my pain. And truly, Jesus didn’t leave me, though I did experience several “dark nights of the soul” in the aftermath of one of my more serious relationships. But I survived. Not only did I survive, but I learned who I am when things are really difficult, which is a far better measure of my character than who I am when things are easy.

Because of my breakups, I discovered I’m actually a woman who can be strong, who has the capability to heal, and who learns from hardship.

And you are too. Promise.

Ashley Mays writes award-winning fiction to inspire young women toward strength, dignity, and laughter. As the former editorial assistant for Brio magazine, she has lots of experience hanging out with teens, encouraging them to ask hard questions and seek Truth in their journeys toward adulthood. Now she splits her time between her day job at Compassion International (which she loves!) and her novel-writing endeavors. Ashley is passionate about creativity, mentoring, and healthy relationships. If you’d like to hang out with her, you can find her website at ashley-mays.com. 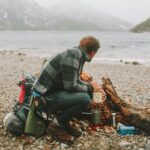 An Open Letter to My Future HusbandDating, Encouragement, Love, Relationships