13 Reasons Why There’s Hope: There Is No Condemnation

We (humanity) are lovers of condemnation. Our culture is a breeding ground for it. Just think, when was the last time you fell subject to the condemning of self and/or others? We do it daily, some of us even hourly.

Since we can all pretty much agree we rank high in the condemnation category let’s take a nice long gander at King Manasseh. His dad was King Hezekiah who served God with wholehearted devotion his entire life and always did what was pleasing to God (2 Kings 20:3). Sadly, Hezekiah passed away and it was Manasseh’s turn to step into this role of kingship at the young age of 12. The Bible tells us that he turned his back on God running towards detestable practices. Wondering what turning his back on God entailed? Take a look…

I mean wow. Manasseh didn’t seek after these things because of his lack of understanding of God’s truth. He knew what was right yet intentionally chose to turn his back on the Lord. And so, Manasseh’s life choices straight up aroused God’s anger.

So, what did God do in all this? Time and time again “the Lord spoke to Manasseh and his people, but they ignored all his warnings” (2 Chronicles 33:10). Because Manasseh had no chill and disregarded everything God told him, God gave him over to their enemy, the Assyrian armies. They took Manasseh as a prisoner, “put a ring in his nose, bound him in bronze chains, and led him away to Babylon” (2 Chronicles 33:11b). Yikes.

Let’s pause for a second. This sounds a lot like condemnation or a guilt sentence, doesn’t it? But what we must realize is that God giving Manasseh over to his enemy wasn’t an act of condemnation but of freedom. He had warned Manasseh multiple times, was patient through Manasseh’s despicable acts, and finally because Manasseh didn’t want to listen– gave him over to his own destruction.

BUT THE STORY DOESN’T END THERE…

2 Chronicles 33:12-13 tells us, “in his distress, [Manasseh] sought the favor of the Lord his God and humbled himself greatly before the God of his ancestors. And when he prayed to him, the Lord was moved by his entreaty and listened to his plea; so he brought him back to Jerusalem and to his kingdom. Then Manasseh knew that the Lord is God.”

There is no condemnation with our God, only redemption. One of the most evil and stubborn kings of Israel moved God’s heart with the sincerity and desperation of his prayers. The Lord was moved!!! What a compassionate and merciful God we serve. How many times has someone wronged us, asked for forgiveness, and we gave them a cold shoulder?! Or maybe you’re like me who can often fall into self-condemnation, letting the full weight of guilt and shame set up shop in my heart and mind. It is not so with our God and I praise Him for that. There’s not a single condemnation bone in his body and he desires us to view others (including ourselves) through His lens of mercy and grace.

We cannot be touched by his mercy and remain the same. When we receive God’s free mercy and grace, we are freeing ourselves from the guilt and shame that enslaves us.  It is in this process that God’s redemption begins to take place. Manasseh is proof of this.

“He got rid of the foreign gods and removed the image from the temple of the Lord, as well as all the altars he had built on the temple hill and in Jerusalem; and he threw them out of the city. Then he restored the altar of the Lord and sacrificed fellowship offerings and thank offerings on it, and told Judah to serve the Lord, the God of Israel” (2 Chronicles 33:15-17).

Manasseh humbled himself, received the gift of no condemnation, and lived in God’s freedom.

Ironically, I pray we rip a page out of Manasseh’s book. No matter how big or small our messes become that we would turn back to God in humility and repentance; that we would receive the gift of no condemnation; and letting go of self-imposed condemnation, go forth in His freedom. 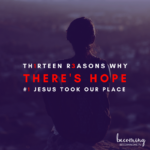 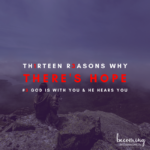