Becoming Eve Annunziato: What To Do When You Feel Out Of Control On Your Becoming Journey

I am so excited to introduce you to my warrior friend Eve Annunziato! Grab a cup of coffee and join Eve’ & my conversation unpacking her story, how she is becoming who God made her to be, and how we too can grow on our becoming journey…

Eve Annunziato, an Emmy award-winning journalist, is currently a best-selling author and podcaster.  Eve is a writer and storyteller and has been for my entire life. Eventually, after trading in her hairbrush for an actual microphone, she became a professional storyteller, sharing others’ stories in the ’nineties as a TV reporter and eventually was awarded the Emmy for hard-news journalism. She transitioned from journalism into ministry and motherhood in 1997, and has spent more than two decades telling the best story of all—the one about the God of all creation and His Son, Jesus Christ. Once Eve segued from hard news writing and reporting she had several roles in church leadership at some of the fastest growing churches in the country while also finding time to work as a freelance TV reporter, writer and producer for national network television. A Nashvillian since 1999, Eve resides on a hobby farm just outside Nashville, TN that includes lively Nigerian Dwarf goats, fresh eggs from over a dozen chickens, cats and two golden labradoodles.

You can download her podcast, Speaking of the Enneagram, anywhere you listen to podcasts and purchase her latest book, Hearing God Speak – a 52-week Enneagram Interactive Devotional now available at Amazon, Target, Walmart, Barnes & Noble, Books-A-Million and Christianbook.com.

Emily Cummins is a University of Florida & College of Central Florida grad who is passionate about partnering with people to become who they were made to be. Emily is the Online Campus Pastor at Church of Hope in Ocala, Florida. She’s passionate about storytelling, good cups of coffee, and jamming to country music. And most importantly, she’s passionately pursuing becoming the woman God made her to be.
Twitter Facebook
Confidence, Discovering Your Identity, Discovering Your Purpose, Identity, Purpose
Recommended Posts 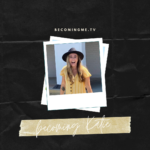 Becoming Katie Cummins: How To Not Give Up Or Quit On Your Becoming JourneyStories 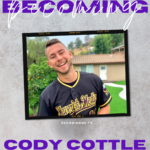 Becoming Cody Cottle: How To Pursue Becoming You With Passion, Purpose & GritStories