I am so excited to introduce you to my warrior friend Jeanne Stevens! Grab a cup of coffee and join Jeanne’s & my conversation unpacking her story, how she is becoming who God made her to be, and how we too can grow on our becoming journey…

Jeanne Stevens is one of the lead pastors of Soul City Church in Chicago’s dynamic West Loop neighborhood, which she and her husband, Jarrett, started in 2010.  Jeanne is a spiritual guide that has a unique voice of courageous leadership and honest vulnerability as she speaks and writes from the trenches of her own life. Jeanne connects deeply with her audience as a powerful speaker, innovative leader, bold entrepreneur, and vulnerable writer.

Jeanne has a thriving marriage of 24 years to Jarrett Stevens. She is a faithful (and hopefully fun) mom to Elijah & Gigi.

A decade ago, Jeanne and her family moved into the heart of downtown Chicago with a vision to start a church from scratch. While the rest of the country was wading through the economic crisis of 2010, Jeanne stepped out in faith and took the biggest risk of her life. Walking away from a comfortable job and a steady paycheck to follow the dream that was in her heart. Jarrett & Jeanne opened up their home and began meeting in their living room each week. Each week the number that gathered grew until they had no more space. Eventually, through an ONLY GOD story, they were given an old warehouse in the West Loop of Chicago to meet in and they officially launched Soul City Church in the fall of 2010.

Soul City Church is located in Chicago’s dynamic West Loop neighborhood. It is one of the fastest-growing urban churches in the United States as thousands come to worship each week. Jeanne has had the opportunity to lead and speak into the lives of thousands of people across the U.S. and around the world. She is a sought after speaker, leader, and writer and her passion is to help people wake up to their purpose as they pursue a life of wholehearted freedom.

Emily Cummins is a University of Florida & College of Central Florida grad who is passionate about partnering with people to become who they were made to be. Emily is the Online Campus Pastor at Church of Hope in Ocala, Florida. She’s passionate about storytelling, good cups of coffee, and jamming to country music. And most importantly, she’s passionately pursuing becoming the woman God made her to be.
Twitter Facebook
Confidence, Faith, Identity
Recommended Posts 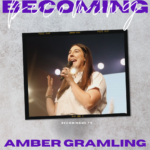 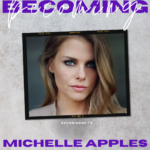