Becoming Nate Burkhalter: How To Believe & Live There Are No Limits To What God Can & Will Do In Your Becoming Story

I am so excited to introduce you to my warrior friend Nate Burkhalter! Grab a cup of coffee and join Nate’s & my conversation unpacking his story, how he is becoming who God made him to be, and how we too can grow on our becoming journey…

Nate is a Well Rounded Warrior who operates as a pro athlete, adventurer, speaker, real estate developer, engineer, actor, leadership coach, and mission worker. He’s traveled to over 35 countries on 5 continents, and lived abroad as an expat in Africa, Norway (Europe) and the Dominican Republic.

He is “PassioNate” about life! His love for people and his faith in Jesus Christ are the reasons why he lives to make a difference in the world through serving in local and international missions. He’s been in Haiti and Uganda working in orphanages, the slums of Mumbai, India, in Cuba and Nicaragua providing safe drinking water, and in the Dominican helping in medical clinics.

Nate is a 7 season American Ninja Warrior competitor, and a 3 time National Finalist. He was rejected in his first 2 years of applying to the show, but finally accepted on the 3rd attempt. After fighting through 3 season ending injuries, he had the 2019 Run of the Year, after beating one of the toughest finals courses while battling through severe dehydration from food poisoning and several prior injuries. In college, he suffered a life altering severe burn injury on his legs, which left him in the hospital critical care unit for almost a month. The injury ended his dream of playing American Football, but it deepened his faith in God, and later gave him the perseverance to pursue competing as a ninja warrior athlete.

In 2020, Nate became the Grand Champion of Exatlón USA – world’s toughest reality tv athletic competition, which lasted over 7 months in a remote part of the Dominican Republic. He’s been viewed by over 10 million through 3 different tv networks since 2016.

He goes by the motto No Limits Nate, because he believes there is No Limit to what God can do through a life fully submitted to God!

Nate’s other hobbies include motorcycle riding, extreme sports, leading worship at his church by singing and playing the guitar, and having fun with his 3 roommates. He credits his athletic ability to his father, and competitive nature from his father and 2 brothers and 2 sisters. He is also a motivational speaker, actor, author, and real estate investor/developer.

Nate’s the proud uncle of 6 nieces and nephews!

Nate goes by No Limits Nate, because he believes and lives to show that there are No Limits to what God can and will do through a life that’s submitted to him!

Emily Cummins is a University of Florida & College of Central Florida grad who is passionate about partnering with people to become who they were made to be. Emily is the Online Campus Pastor at Church of Hope in Ocala, Florida. She’s passionate about storytelling, good cups of coffee, and jamming to country music. And most importantly, she’s passionately pursuing becoming the woman God made her to be.
Twitter Facebook
Confidence, courage, Discovering Your Identity, Discovering Your Purpose, Fear, Identity, Purpose
Recommended Posts 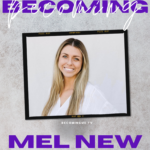 Becoming Mel New: How To Discover Who You Are On Your Becoming JourneyStories 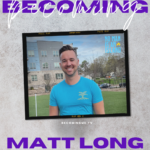 Becoming Matt Long: What Legacy Do You Want To Leave In Your Becoming Story?Stories