I am so excited to introduce you to Nick Brandt! Grab a cup of coffee and join Nick’s and my conversation unpacking his story, how he is becoming who God made him to be, and how we too can grow on our becoming journey…

Although a sixth-generation Texan, Nick Brandt has lived all over the country and parts of the world as an Air Force brat, learning to cherish and thrive in the diversity of cultures and people. After graduating from The University of Texas at Austin, he began a career in the corporate marketplace consulting in leadership development and organizational management, before following a calling into full-time vocational ministry. Since 2006, Nick has served in ministry, the corporate marketplace, entertainment, and non-profit sectors, and now utilizes his diverse skillset and network to lead and direct events, experiences, initiatives, and projects that aim to advance kingdom-minded endeavors. His energy is spent partnering with and serving the needs of individuals, organizations, ministries, and churches as they seek to accomplish their missions.

Nick has worked on staff with The Flippen Group, Young Life, Passion Conferences, Passion City Church, The Well Austin Community Church, and he is currently project managing and directing events for Pulse, as well as other national organizations. He completed his Master’s degree in Christian Leadership and Biblical Studies from Dallas Theological Seminary, and is also currently the founder and Executive Director of The Gathering ATX – unique monthly nights of worship, word, and prayer in the heart of Austin, Texas.

On a day of rest, you’ll find Nick outdoors with his black Labrador Retriever, Brooks, on a bike, at the lake, or playing basketball on campus at UT Austin. He enjoys watching Texas Longhorn sports, the San Antonio Spurs, or taking in the delicious food and music scene of Austin, Texas.

Emily Cummins is a University of Florida & College of Central Florida grad who is passionate about partnering with people to become who they were made to be. Emily is the Online Campus Pastor at Church of Hope in Ocala, Florida. She’s passionate about storytelling, good cups of coffee, and jamming to country music. And most importantly, she’s passionately pursuing becoming the woman God made her to be.
Twitter Facebook
Discovering Your Identity, Discovering Your Purpose, Identity, Purpose
Recommended Posts 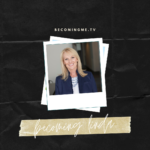 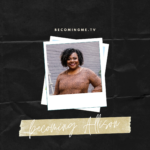 Becoming Allison Paige: How To Become Who God Made You To Be In Difficult SeasonsStories