Cleaning Out The Clutter: On Sacrifice & Giving Things Up

Fasting is a big topic. It’s surrounded by mystery and in my experience, is one of the most remarkable ways we experience God. But before we dive in any further, we should address one thing…what IS fasting?

The most basic definition of fasting is not eating food for a specific period of time. These days, fasting often looks like giving anything up for a period of time, like social media or watching television. So…what ISN’T fasting?

Fasting is not trying to impress others with your own spirituality, and it isn’t something done to earn closeness with God. Finally…WHY fast?

The Bible is sprinkled throughout with stories of people fasting and there are a few that I particularly LOVE.

The more I examine fasting, the less I understand it. There are parts of fasting that are truly mysterious, and I’m not sure we were meant to make sense of it. What I do know is this: when I read about God’s heart softening because of Moses, Daniel’s influence in the heavenly realm and Jesus unshakably withstanding temptation…I just know I want a relationship with the Lord like they had.

At times in their stories, each of them cried out to God in despair, wrestled with weakness and asked really honest questions. For varying reasons, they ended up willing to make sacrifices in order to be with God. Let me clear—God has paid the ultimate sacrifice and we now owe nothing. But fasting has never been about getting God to show up. It’s about realizing where He already is and what He already wants to do.

Sometimes we fast in order to get serious with God, to remove distractions or go to battle for the thing we’re up against. Other times, it’s simply to prepare for whatever lies ahead. Ultimately, it’s just about experiencing God. 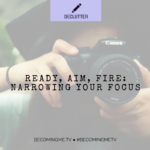 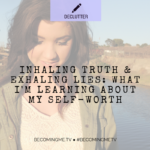