Confession: I Struggle With Insecurity

The Roaring Twenties. Ah, what a glorious time!

Prosperity, fulfilled dreams and technological advancements made for a carefree and fun few years. It was easy to wave away the idea that anything could bring the people down. That is, until 1929 when the stock market crashed and invited in a new era called The Great Depression. And as The Great Depression moved in, The Roaring Twenties was left by the roadside with its dreams and advancements tossed in the trash. The people now had to take responsibility for the damage they’d done.

You’d think we would have learned our lesson by now, since the issue has surfaced throughout all of history. Instead, we continue to almost successfully silence our fear, doubt and insecurity, which are always lurking in some corner of our heart. We think they can’t touch us and their consequences will never reach us. We dance the night away without concern for what our actions may bring in the morning.

Take a minute and see if any of these questions hit the mark for you:

Why can’t I kill insecurity entirely? I don’t know. It’s always there, sometimes big and controlling, and sometimes crouching low, waiting for the opportune moment to attack. Either way, it’s there.

I’d like to think insecurity could be killed. Maybe it can. But with as many times as “do not be afraid” is sprinkled throughout the Bible, I have to wonder what the point really is. Maybe it’s not about ridding myself of insecurity completely, but putting it in its place and not allowing it the control it seeks. The one thing I am sure of is that if I don’t slow down and face it, it will show up. Maybe not today or tomorrow, but it will at some point. And I’m sure I’d rather deal with the trouble insecurity brings now than with it, and all of its consequences, later.

I wonder how things might change if we’d stop acting like we don’t have insecurity. If we stopped brushing it under the rug and stop pretending things are always so good. It doesn’t mean we start wearing our hearts on our sleeves or that we constantly analyze our actions. It just means we start being more honest with ourselves, and others, so that in a few years’ time we aren’t shocked when our actions, often motivated by insecurity, catch up with us. The Roaring Twenties sound like a lot of fun, but I’m thankful I don’t live during that era. Let’s take the good parts of those years–living moment by moment, taking full advantage of the life each of us is given, going after dreams and not worrying about the future. But along the way, let’s be willing to own up to what we might be hiding on the inside and how it could hurt us later.

Here’s to not killing insecurity, but instead learning how to keep it in its place. 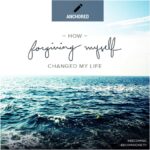 How Forgiving Myself Changed My LifeAnchored, Chelsea Jones 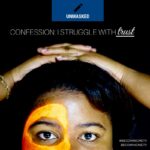