Guest Post: Hello From The Other Side: What I Learned About The Difference Between Healthy & Unhealthy Relationships

Please don’t ask me why I stayed with him for so long, because the truth is I’m not really sure. I know I didn’t want to break his heart, but looking back on it all now that seems like a silly reason to be miserable for so long. After all, hearts do mend.

We started dating a week after the night he stood next to me and called his mom to tell her he wanted to marry me. It was as awkward as it sounds. Shortly after that he begged me to be his girlfriend and the rest is history. At first I thought our relationship was harmless, that he was just wallowing in puppy love and I’d catch up some day. But the more time passed, the less I wanted to stay in the relationship.

But I told myself that all relationships are worth fighting for, so I fought for that one. Even though patterns of manipulation and abuse emerged, I decided to stick around. I thought that if I stayed long enough that I would eventually learn to love him the way he said he loved me. I told myself that it was okay for me to be miserable as long as he was happy.

I wish someone had come alongside me and said it would have been okay to walk away.

How do we know, though? Which relationships are the ones worth fighting for and which ones should we choose to distance ourselves from? Because at first that guy seemed great. He was a Christian, and we had a lot in common. He started out being really nice to me.

Back then, though, I guess I didn’t realize that when we’re in good relationships…

…we like who we are when we’re with the other person. Hanging out with other people magnifies different aspects of our personalities depending on how we feel about ourselves when we’re with them and how they feel about us. Good, healthy people bring out the good and healthy things in us. But unhealthy, hurtful people draw out undesirable things.

We don’t have to be psychologists to recognize that if we act in a way that violates who we are at the core, whether that’s spending time with someone who ignores our values or it’s staying in relationship with someone who brings out the worst in us, we will eventually begin to feel miserable.

…we don’t feel the need to compartmentalize ourselves or the relationship. When I dated that guy, I was actually embarrassed. I didn’t want him to spend any time with my family or friends. I was sure they’d be able to see how much I was lying to myself in order to make the relationship work. I essentially had to become two separate people: Ashley with that guy, and Ashley without that guy. It was the only way I could function, because then at least some of the time I was still able to be myself. It was an exhausting way to live.

If we feel the need to hide our relationships from others, we need to step back and re-evaluate why we’re there in the first place.

…we are embraced for who we are. Months later I realized I’d forgotten aspects of myself that I used to cherish before I was in that relationship. It was a shock to me when I realized I’d given up my joy for life, my sincere love of vulnerability, and my treasured friendships in an effort to make my boyfriend happy. Good relationships celebrate each person.

…we are encouraged to identify and work on our weaknesses without judgment. When we’re in relationship with healthy, wonderful people they want the best for us. So if they see us become bogged down by our weaknesses, they bring it to our attention with kindness. Because they’re people we trust, we can receive that sort of feedback.

But unhealthy people won’t bother to engage with us that way. In fact, they may even celebrate our weaknesses because they’d rather we remain dependent on them. Instead of complementing us, or working well with us, they want to complete us when the truth is that God made us to be complete individuals on our own.

Know what happened to my unhealthy relationship?

Thankfully we were forced to be more than 3000 miles apart over the summer. I landed among my best friends, people who had known and loved me for many years. That’s all it took to show me how fragmented I’d become in order to stay in that relationship, and I ended it.

Some relationships are worth fighting for, like marriage, which is rooted in commitment, for example. And some relationships just need a few nudges in the right direction. But when we find ourselves stuck in a relationship that constantly tears us apart and keeps us from living authentically before God and others? It might be time to get out.

Ashley Mays writes award-winning fiction to inspire young women toward strength, dignity, and laughter. She is represented by Rachel Kent of Books & Such Literary Agency. Ashley is unabashedly introverted, a lover of heart-to-heart conversations, and enthusiastic about mentorship. You’re welcome to start a conversation with her on her Facebook profile, her Facebook page, Twitter, or Instagram. If you’d like to hear from her once every few months, her email newsletter is always open to new subscribers. 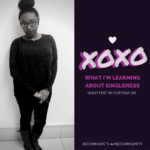 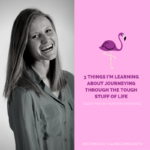