Thinking With The End In Mind: Who Do You Want To Be?

Last year I found myself staring head-first into a collision with depression. I felt stuck, numb, trapped. And I didn’t know what to do.

More accurately, I didn’t know who I wanted to be.

In the course of a few short months, I had embraced risk and change and adventure with both hands moving across the country and launching a business, and after the adrenaline rush wore off, I was left with the deafening pressure of next…

What speaking gig would I book next?

What would BecomingMe.TV do next?

As I listened to the voices and ideas and excitement circling around me, I was excited too. I hustled and worked my heart out, but collapsed exhausted in my parent’s living room six months into my entrepreneurial stint feeling too empty to cry.

It was here, in the unknown, that I was reminded that I do know…I’ve always known…who I wanted to be…she’s been with me all along.

In my fear of failure, my Dad looked me straight in the eyes and said a statement I haven’t let out of my sight since: “Emily, you know who you want to be. You just have to choose to be her.”

In that moment, the fog lifted. The lightbulb in my head clicked and I unlocked the self-imposed prison I had trapped myself in. The pressure and ideas and questions and next, next, next swirling around me? It was there and it was real. But it only consumed me because I allowed it to. I gave external pressure the permission to begin defining my life, my story, who I’m becoming, and it left me standing empty-handed in the middle of a prison cell. The funny thing is, I had the key to set myself free all along: the freedom to choose.

Deep down, we know who we want to be. I’m not talking “do” here. I’m talking “be”. Please don’t mistake the difference. I haven’t always known what I wanted to do—career, school choices, what car to buy, where to eat for lunch—but I have intrinsically known who I want to be: a woman who loves Jesus, daily ditches the pursuit of perfection, relentlessly pursues becoming who God has made me to be, and helps as many women as I can become who God made them to be too. That’s it. How that’s carried out changes as I grow…the methods change, but the who, the why, doesn’t.

After my Dad said those 16 game-changing words, I immediately put his reminder in front of my face—on sticky notes, in my journal, and eventually it landed in ink on my right arm as my fourth tattoo. That simple statement has become the “how” for my word: becoming. In 2012, “becoming” became my mantra; and in 2016, “choose to be her” became my battle cry.

Becoming isn’t easy. There isn’t a four-step formula or “3 simple steps to accomplishment”…although many days I wish there was. Becoming is a daily choice. It’s discovered and lived out in waking up, lacing up your warrior boots, putting one foot in front of the other trusting God with each next step, choosing to be her…being who God made you to be with each breath. We don’t have the whole story figured out…we can only live in today’s page in the journey. But we always, always have the choice. The choice to unlock the prison door we lock ourselves behind, letting external pressure fall to the wayside, and focus on choosing to be her.

Warrior friend, who do you want to be? What’s the first thought that comes to mind? Don’t overthink this. Today, I pray I’m looking  you in the eyes through this post, reminding you of the truth that woke me up before what could have been a dangerous downward spiral. Wherever you are, no matter what you’re facing, warrior: you know who you want to be. You just have to choose to be her. 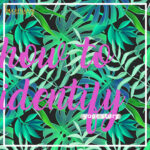 Identifying Your Story: What Has Made You Who You Are Today?Brooklyn Oseguera, My Story 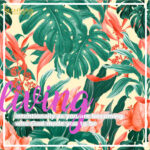 What Does It Mean to Live Intentionally As You’re Becoming Who God Made You To Be?Amanda Zecher, My Story