As soon as we turn the page from Christmas Day to December 26th, it seems as if our sole focus collectively begins to turn towards New Year’s resolutions—all those things we want to do differently with the start of a new chapter.

As I reflect on 2014, I see a lot of change, a whole lot of new experiences, new adventures, new relationships, refreshed dreams, and renewed determination on the journey of becoming who God made me to be. I kicked off the year by accepting a new job, packing up my little red convertible and driving 2,000 miles West. I settled into my first apartment, bought my first few pieces of furniture, established my own doctors, worked through finding a new mechanic, met new people, and made a new rhythm. This year has been incredible, it’s been surprising, it’s been full, full of becoming.

2014 has also been extremely challenging. It’s been rewarding and at times excruciating. I’ve walked through hard moments, stretching circumstances, broken relationships, violated trust, seasons of shame, and oceans of grace. I’ve learned more about becoming a warrior over the past 12 months than I ever would have imagined. I’ve learned that often the greatest acts of strength are found in laying down my sword rather than wielding its strength in front of my foes. I’ve learned that strength isn’t connected to my circumstances, but rather to my faith, my hope, and my trust in Jesus.

There are a lot of “here” moments in 2014 I want to—I need to—get up and leave in 2014. I need to close chapters and walk into brand new ones. I need to let the past stay where it belongs—in the past.

You know what I love about the words we just read in John? The way Jesus leaves us. He leaves us well. He leaves us whole. He leaves us with peace. The places I need to leave don’t define me, they don’t leave me broken, and they certainly don’t dictate my future. Jesus has already established that. He’s showered me with grace and crowned me with peace. He invites me to stand, to get up, to leave here, and to not be upset about it.

What is “here” for you? Perhaps it’s a negative attitude towards a co-worker that seems to just frustrate you every chance she can; maybe it’s an unhealthy dating relationship that you know in your core just isn’t right; perhaps you’re in a career you know isn’t what God called you to do, but you don’t want to relinquish job security; maybe it’s a geographic place you know you’re not supposed to be in but you don’t want to risk moving; maybe it’s saying “no” to instant gratification and “yes” to delayed gratification by not spending money you don’t need to spend in order to become debt free. 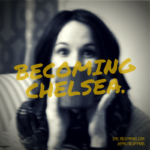