You Are Not Your Relationship Status

As a single, 26 year-old woman, I often hear a series of the same comments: “Oh I am sure God will bring your husband into your life at the right time,” or “Oh, have you tried {insert dating app/site here}?! My friend met her husband on it!” or “A man will come into your life when you least expect it!” or the worst, “Oh I am so sorry,” as if being single is like having the flu.

Being single does not make me any less of a woman. Being unmarried/childless does not devalue my worth. Regardless of my relationship status, I am still 26 and financially independent from my family, living on my own, working at a Fortune 500 company within a department that respects me and my work, and writing about my experiences in life, feeling completely fulfilled, happy and surrounded by friends and family who love me.

In essence, I am a strong, independent woman, and my relationship status isn’t an ailment that I suffer from, or a problem I need to find a solution for.

Who cares if I don’t have a man to hang my photos on my wall, or move my furniture, or fix my garbage disposal when it breaks? I know how to use a level and a drill. I am strong enough to move furniture on my own (or crafty enough to bribe some friends into helping me). I am smart enough to fix my broken garbage disposal.

Trust me, I don’t need a guy in my life. My dad taught me plenty growing up that has allowed me to take care of myself.

I don’t NEED a guy, but having one would sure be nice.

But having a guy in my life would not define who I am. Being in a relationship doesn’t mean I am any more of a woman than when I am single. So, if being single doesn’t really make me any less of a woman, why do we often feel less than our happily coupled up friends?

My Grandma used to tell me that I was her “Career Granddaughter.” My Grandmother, the queen of back-handed compliments, was implying that she did not expect me to ever want a relationship.

My Grandma was born in 1928, so she grew up in the era where women were expected to marry young, have children, and stay at home with them until they moved out of the house. Women were held to the expectation of being a stay-at-home mom. My Grandma, bless her heart, grew up being told that the woman’s place was in the house—that she was held to different standards than her male counterpart. So when I was still without a boyfriend at the ripe age of 24, she put me in a box that her past had pre-defined for her.

In the 1920s, women were told that without a husband and children, she was less of a woman. The women that weren’t married by 25, in the 1920s, were considered rarities, and were defined as “career-oriented,” with the implication that they weren’t quite the same as their married female friends.

So why, 100 years later, do women still believe this fallacy? Because we listen to those who grew up with this fallacy being enforced as a truth.

In Genesis 2:18, God says, “It is not good for the man to be alone. I will make a helper suitable for him.”

God was not creating someone to be lesser than man—He was creating an equal, a partner. If a man is no less than his peer because he’s single, than a woman should be able to experience that same standard.

We are no less of a woman because we are single. We are still strong, beautiful women living fulfilled lives, regardless of our relationship status. God never defined being single as a curse; being unmarried as an ailment; being childless as being lesser of others. God calls us to love unconditionally; to exemplify His glory; and to trust in His timing.

And to the dating and married gals, this truth goes for you too—your significant other doesn’t define you, he complements you, adding to and helping you continue becoming who God made you to be. Keep your eyes focused on Jesus, who He says you are, and who you’re becoming. 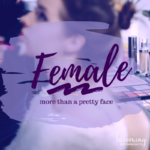 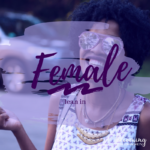