I’m so excited to introduce you to my friend, Ashley Beckford! Ashley is a worship pastor and songwriter from Southern California. She has been leading worship since 2006 and has been on staff at Christ’s Church of the Valley (CCV) in San Dimas, CA, since 2009. Since working at CCV, Ashley has been a part of several original worship recording projects with the church’s songwriting community, Valley Worship. In 2013, she released her debut solo worship album, Heart After You, and recently released a new single called “Light of the World”. Ashley is the Founder of ProjectWOW and is passionate about raising up the next generation of women in worship and seeing female worship leaders live out their calling. Outside of music, Ashley loves spending time with her husband, Lance, and her dog, Oreo. She loves paddle-boarding at the beach and dessert after every meal. Grab your coffee & join us as Ashley shares her Becoming Story… 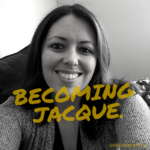 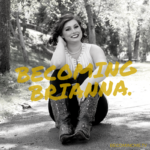