Blank Space: That Awkward Moment When…

When I was 14 years old, I would ride to school every day with my older brother. I’d wake up, get ready and be prepared to walk out the door with plenty of time left to get to school before the start of first period. My brother, however, was not like me. He was a senior, over school and ready to graduate. His morning went more along the lines of heading to school, hoping to walk into class before the final tardy bell. But no worries if it was after.

One of those mornings, I remember making a phone call to my mom, palms sweating and heart pounding. I swore I’d meant to turn my brother’s car around, so that when he walked outside he could simply jump in and hit the gas. I claimed it was just because I wanted to get to school on time and waiting on my brother had been too much to bear. But there was no getting around the awkwardness of admitting to my mom that I’d wrecked my brother’s Jeep…right into our house.

Awkward moments come in many varieties. Waving to someone who is actually waving to another person behind you, correcting a boss when they’re wrong, grabbing lunch and realizing you don’t have the money to buy it, admitting when you’re wrong, breaking up with someone…ah, the list goes on.

The biggest thing I’ve learned about these awkward moments is that they’re inevitable. They’re going to happen and the sooner we come to terms with this, the better.

How about that awkward moment when you’ve been spouting off how right you are only to eat your words, having to admit you’re wrong?

Or that awkward moment when you finally face the conflict with your best friend that you’ve been avoiding?

These moments are bound to happen, and when it comes to those we care about, it’s worth leaning into the difficult, potentially awkward, conversations. When we lean in, we give our relationships a chance to not only survive, but also thrive during challenging times.

My mom wasn’t happy when she found out I’d hit our house with my brother’s Jeep (and rightfully so). It was awkward telling her and it was equally awkward when I received my punishment. But I’ll never forget the first question she and my stepfather asked when they found out. They asked, “Are you okay?”

When I was willing to face it and have the awkward conversation (although my motivation at the time was just so I could rip it off like a Band-Aid and get the conversation over with), I was reminded how precious I am to them, before any material thing. I was also reminded how much I love them, because as terrified as I was to admit the rear bumper was totally dented and there were marks on the house, I was mostly just sad to disappoint them.

The opportunity to mend relationships, learn lessons and grow personally is too great to miss out on just because of a little awkwardness. 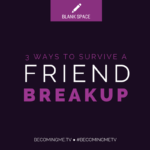 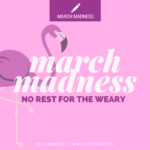