Confession: I Struggle With Anger

This post has me a little excited, mostly because people rarely admit they struggle with anger. I have the wonderful (although intimidating) privilege of inviting you into this honest conversation.

Confession: I struggle(d) with anger.

I used to deal with it a lot. Insecurity would lead to anger, fear would lead to anger…most of my emotions would show themselves as anger. It’d be me fuming silently, throwing myself into a climactic rant or distancing myself only to come back with a case built and ready to argue.

In hindsight, it was just me having needs and desires and not really knowing how to communicate them. I wasn’t willing to hear a “no” because I didn’t trust anybody else to make decisions for me. I felt responsible to ensure positive outcomes for myself and for others. I was afraid to let anybody be there for me because I feared they’d only let me down.

Once I realized my actions weren’t definitive and that I didn’t have to defend myself all the time, I made sure to consistently surround myself with people I trusted. In this “safe place,” I was able to slow down and admit when I needed space, time, etc. Over time, I stopped feeling the need to control everything.

I think the biggest thing to recognize when we talk about anger is that it’s often just a symptom. It’s one of the ways insecurity, fear, basic needs…show up. The second biggest thing to recognize is that if you have issues with anger, you have nothing to be ashamed of. Whatever your confession is, whether anger or something else, it’s okay. Jesus can handle it. Ideally, his followers can too.

Becoming is a journey and the journey has both ups and downs. In all of it, there’s redemption, hope, love and freedom. Grace is the measure we live by—not shame, judgment, fear or loneliness. If you struggle with anger, or if you have struggled with anger, let’s talk in the comments below. 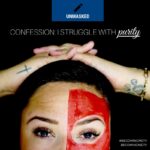 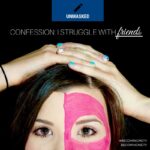