How To Leave A Legacy Every Single Day

Being a hero. Leaving a legacy. Becoming a history maker.

If you’re anything like me, you are already feeling overwhelmed. Maybe you don’t even want to keep reading because you know this won’t ever apply to you. Well, I’m here to put a different twist on leaving your mark and leaving this world a better place than when you entered it.

I have never thought my story was special. I grew up in a loving Christian home with two parents and a younger brother. I attended Sunday School every Sunday and sang in the church choir every Wednesday. Heck, I even went to a private Christian school from K-12th grade and graduated college from a Baptist University. So you could say my “testimony” was rather average.

I think we place too much value and pressure on the word legacy. We do not have to be the next Mother Theresa or Martin Luther King Jr. to leave a legacy. I believe part of our legacy could be redefining how our generation views the word legacy.

When I die (and hopefully that is a long long time from now), what would I want people to say about me? I would want them to say that I loved with everything I had, that I was quick to help others, and that Jesus truly shined through me. I don’t want people to have to struggle with nice things to say about me. I may be dead, but it would still hurt my feelings.

I haven’t delivered a baby, lived in a foreign country, or taught ESL to foreign students. But I do small things: I volunteer at my church, I tithe, I pray for others. I am a loyal friend who will be there for you 100%. Sometimes I care too much about others and have to remember to care about myself.

I have a friend who inspires me just about every day. She’s only a couple years older than me, but it is so evident that Jesus shines through her in all that she does. She’s someone that you always want to be around, and just being with her for an hour or two will absolutely make your day. She will pray for you and truly intercede on your behalf. She listens to God, even when He’s telling her things that she doesn’t want to her. She lives out her faith, and I want to be like her every single day.

See what I mean? I didn’t tell you that she lived in Africa helping orphans for 6 months. She hasn’t started any spiritual movements or founded her own non-profit. It is the little things that make her such a wonderful person. Those little things that I mentioned to you are the legacy that she will leave behind.

Doesn’t leaving a legacy seem less intimidating now? I believe we can take baby steps each and every day to build up the legacy we will leave behind. Remember, God used every day people in the Bible all the time. Moses had a speech impediment. Joseph was sold into slavery. David had an affair. Just because you may struggle with something does not mean that God won’t use you. In fact, it probably means He has bigger plans for you.

So here’s to us average ladies. May we become the legacies that God has for us.

Kelsey is chasing her dreams in Music City. She’s one of those people who will tell you that Texas is the best state and Nashville is the best city. She works in the music industry and volunteers on the digital communications team at Cross Point church. She loves traveling, music, reading and finding the best vanilla latte. If you can quote New Girl and/or love sarcasm, you guys will have a beautiful friendship.

Kelsey is chasing her dreams in Music City. She’s one of those people who will tell you that Texas is the best state and Nashville is the best city. She works in the music industry and serves on the digital media team at Cross Point church. She is fueled by Jesus, Chick-fil-A, and coffee. 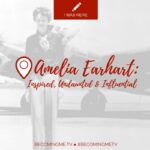 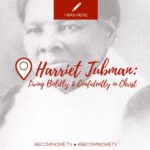