How To Navigate the Murky Waters Of Frenemies

One who pretends to be a friend but is actually an enemy. A person or group that is friendly toward another because the relationship brings benefits, but harbors feelings of resentment or rivalry. Unfortunately, these are two actual definitions of the word frenemy. Yes, frenemy is defined in Webster’s dictionary. I don’t know about you, but I think that is just sad.

So how do you move forward when you’ve been hurt? How much pain is too much pain before you move on? Do you ever truly move past the friendship?

Having frenemies is a topic that I am pretty familiar with. I am 25 years old and can count on one hand how many people from high school I still keep in touch with. I think it is so beautiful when I hear people talk about their friends from elementary school. Friendships can be murky waters, especially as a woman.

It took me over twenty years to learn the old adage of “friends are friends for a reason, a season, or a lifetime.” I always assumed that when a friendship ended it was my fault, because I was the common denominator…so it had to be me right? I almost wanted the friend to fill out an exit questionnaire so I could figure out what I did wrong, what I did that was annoying, and what I needed to fix for future friendships. I would see pictures on social media of my old friends with my current friends and wonder why I wasn’t invited to hang out. Do they hate me? Did they even think to invite me? Did they forget about me? WHAT AM I DOING WRONG?

Then I stopped. Hold up. I’m a pretty awesome person if I may say so. So if they don’t wanna be friends with me, that’s their loss right? Right. Because some friends are only friends for a season or a reason. Not always a lifetime.

Frenemies can be a trickier topic though. Obviously there’s some bad blood there. Maybe it isn’t as extreme as T Swift puts it, but there’s still some tension there. In these circumstances, I always want to make sure I did everything in my power to remedy the situation and save the friendship. Did I reach out to the friend to try to patch things up or have I just ignored the situation? Am I making sure to not gossip to our mutual friends and just keep the situation between the two of us? Am I blowing up my social media accounts with vague tweets referencing the problem? This is not the way to handle the situation, nor is it very Christ-like. Reach out to the friend and calmly talk over what’s going on. Maybe it was just a simple misunderstanding. The problem with today’s society is social media can blow things out of proportion and text messages can get misconstrued. So talk to the friend in person. It may be awkward, but this is important. Heck, even write down what you want to say so you don’t get caught up in the heat of the moment. Once you have gotten together with the friend and tried to make amends, it’s okay if things don’t work out. You just have to rest assured in the fact that you did everything in your power to fix things.

As far as running into each other around town or at parties, it’s probably going to be awkward. Shoot her a smile, wave hello, or maybe even give her a quick hug and ask how she’s doing. But do not ignore her. Don’t give her any ammunition to use against you.

At the end of the day, we need friends. We were built for community and to live life with others around us. But that doesn’t mean we need to keep toxic people in our lives. Treat everyone with respect, and maybe even go the extra mile to be a little sweeter to that frenemy of yours. You never know what could change or what they’re going through in their life.

Kelsey is chasing her dreams in Music City. She’s one of those people who will tell you that Texas is the best state and Nashville is the best city. She works in the music industry and serves on the digital media team at Cross Point church. She is fueled by Jesus, Chick-fil-A, and coffee. 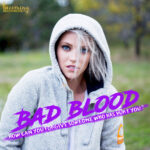 How Can You Forgive Someone Who Has Hurt You?Bad Blood, Heather Snodgrass 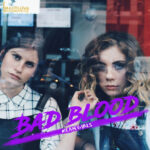