One of the most natural reactions to being hurt is to hurt others. This is the motivation at the heart of every mean girl. So here are a few truths that are important for all women to keep in mind when it comes to mean girls.

Most of us have probably already been the mean girl to someone in our lives. Usually we act this way out of defense or a feeling of insecurity. In theory, the easiest way to bring ourselves up is to tear others down. But we usually end up feeling a lot worse in the end. It can be really easy to point fingers and think, well I’ll never be like her. But that attitude makes it that much easier to step into the mean girl role in someone else’s life. When we’re feeling hurt and insecure, we’re only one step away from becoming the person who hurt us in the first place.

When I was in high school, my group of friends was a mild version of the mean girls. But it was make fun or be made fun of. When my friends were laughing at other people, it meant they weren’t laughing at me. And their jokes could be brutal; some of them will probably stick with me for the rest of my life. Our group was a constant circle of pushing the ridicule onto someone else to keep it off of ourselves. It was unhealthy and it was an extremely hurtful environment. But eventually, I gained a lot of perspective out of that experience and realized that my friendships with those girls and other people would be a lot better off if I wasn’t just trying to keep myself from getting hurt. And many of those friendships fell apart, but I kept the ones that were worth it.

The most deadly tool in the mean girls’ arsenal is their words. They pick out the insecurities, the things that bother you sometimes but that you can’t necessarily change. For me, it was clumsiness and absentmindedness. For so long, I loathed the fact that I could barely walk down a sidewalk without tripping or that I’d miss half of a conversation and make a fool of myself trying to join in. I was treated as if I was dumb, which bothered me the most. But instead of moving forward, I let it eat away at me until I broke down because there was nothing I could change. When we let hurtful words define us and become our predominant identities, we voluntarily place that burden on our shoulders. While the words aren’t easy to ignore, we can look to scripture and Christ’s words to remind us of who we really are.

When Jesus talks to Peter about forgiveness, he doesn’t give any exceptions for people who we need to forgive. Forgiveness and grace are essential to the gospel and to Jesus’s teachings. We can’t ignore that when it comes to the mean girls in our lives. While you may not actually say the words, your actions towards those women can show forgiveness. And more importantly, the forgiveness has to happen in your own heart. Not only does this free you from the burden of the hurt they’ve caused, but it also opens you up to sharing God’s grace and love with them, regardless of what they’ve done to you. Forgiveness allows us to move forward from the hurt we’ve experienced. 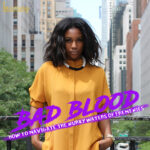 How To Navigate the Murky Waters Of FrenemiesBad Blood, Kelsey Smith 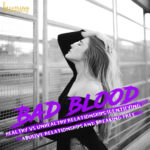