If you asked anyone in my circle, I am probably the least likely person to be writing a political post.

That being said: This post is not about politics.

It is, however, about our nation. In a time where divisiveness runs wild, polluting our news feeds and putting pressure on our relationships, there is something that needs to be said. Despite who moves in or out of the White House, God has not moved from His throne. He is a perfect union of executive, judicial, and legislative power. He is unchanging in the wake of our ever-changing nation. His agenda is just, good, and not up for debate. And specifically, we live in a nation that has declared to be “one nation under God”. That means that we ultimately are in submission to His sovereign power.

I find assurance and solidity in scriptures like Proverbs 21:1, reminding me that “The king’s heart is like a stream of water directed by the Lord; He guides it wherever he pleases.”

That does not promise that every person in power will be in personal submission to God and follow Jesus as their personal Lord and Savior. However, it does mean that God has the final say. It doesn’t mean that every decision our nation makes will be in alignment with the Word of God, but it does mean that there is nothing that takes Him by surprise, nothing that He can’t redeem, and ultimately no veto for His purpose and plan for the earth.

Through the life, death, and resurrection of Jesus, we have a King whose rule and reign are not in question. It’s there that I find my ultimate source of security, hope, and stability. I love the way Daniel 7:14 speaks of our King Jesus:

“He was given authority, honor, and sovereignty over all the nations of the world, so that people of every race and nation and language would obey him. His rule is eternal—it will never end. His kingdom will never be destroyed.”

Jesus has the final say. His position is far above the presidency, or any other branch of government. There is no nation that is out of His influence—even one whose actions don’t always line up with her claim to be “one nation under God, indivisible, with liberty and justice for all”. Every race, gender, economic class, social class, and yes even every political party matters to Him. In fact, He has life and life to the full for everyone who comes up underneath His leadership. His reign isn’t confined to four, eight, or a thousand years. It never ends, and it’s not up for impeachment. His Kingdom is established. It cannot be divided, shaken, overtaken, or crumbled from within. And He has a place in that Kingdom for every person who chooses to accept it. 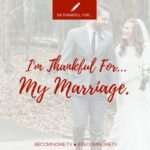 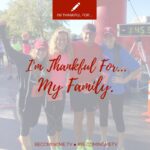