Release & Rest: What To Do When The Battle Isn’t Yours 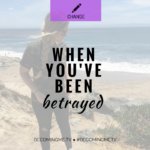 When You’ve Been BetrayedHeather Snodgrass, Let's Talk About Change 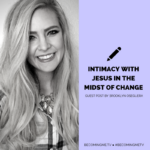 Intimacy With Jesus in The Midst of ChangeGuest Posts, Let's Talk About Change